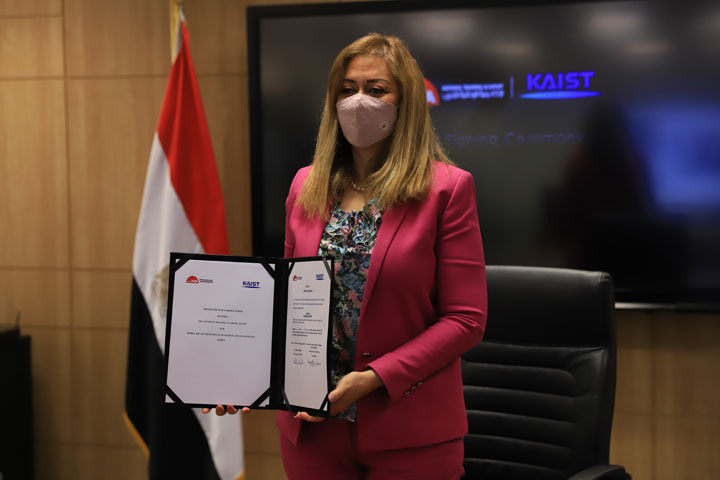 On Tuesday, April 27, The National Training Academy signed a memorandum of understanding with the Korean Advanced Institute of Science and Technology (KAIST).

Dr. Rasha Ragheb, the Executive Director of the Academy, signed the memorandum with Professor Kwang Hyung Lee, President of the Korea Advanced Institute of Science and Technology, to establish cooperation between the two institutions in several projects. One of these projects the establishment an institute to serve as a regional model for the South Korean Institute of Research and Support Human resources in the fields of science and technology.

The memorandum of understanding was signed through Webex at the Academy's premises in the presence of several officials from both sides, led by Mr. Hazem Fahmy, Egyptian Ambassador to South Korea, and Mr. Hhan Jason, Adviser to the Minister of Political Affairs at the South Korean Embassy in Cairo.

The MoU aims at establishing an institute to serve as a centre of excellence for Egypt in the fields of research and transformational technologies under the national laws and regulations of both parties. The cooperation will include providing all the expertise and resources necessary to ensure the success and sustainability of the business, preparing detailed documents necessary for the completion and success of the project, in addition to formulating the full work plan for the establishment of the institute.

Back to Press Releases